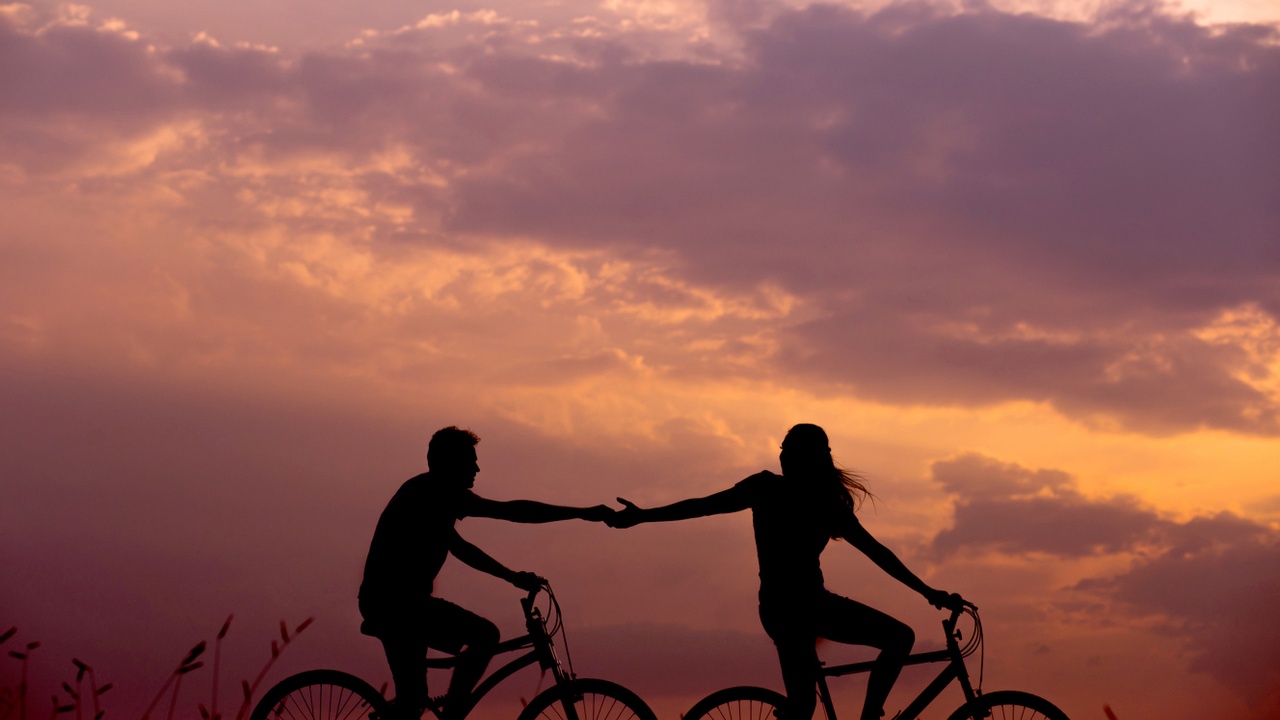 I met my husband Randy two decades ago. We were both in our mid-20’s and living lives that were mostly light and free. I had moved to Michigan for what I considered my first real job out of college. Prior, I had lived in South America where I delighted in trying to come off as a native. I loved the food and music, I got to travel all over for a market research internship that was way more fun than work, and my Spanish got really good.

But after a year and a half of living abroad, I decided it was time to go home—and find a job that would pay me a salary in US dollars.

So I got hired by a downtown Detroit advertising agency—and spent my days moving from one meeting to the next as hundreds of us put our mostly young heads together to dream up and create award-winning television commercials for our clients.

I went from speaking Spanish to speaking the language of consumerism—where the goal was to get people to buy more and more often.

In the early evenings, I’d decompress by going for a run in Grosse Pointe—the community I had found to call home. My running route took me past one gorgeous house after another as I made my way to Lake St. Claire where I would pause to stretch and gaze out over the water before turning around. Not quite the size of a “great” lake, I was mesmerized by the endless views of water and the big sky above me.

One day I told a work colleague that I wanted a kayak and her eyes lit up. She told me that her husband’s friend Randy had one for sale and that we should connect.

A native of that neighborhood, Randy spent his days working in a handful of its homes. Known for his attention to detail and an eye for design—his clients hired him to make their Grosse Pointe mansions even more stunning. He worked for himself and chose to live simply—pleasing the homeowners with his form of art for five months of each year and then taking off and traveling the remainder. When he wasn’t hiking the Appalachian trail, riding his bicycle across South East Asia, or surfing in Costa Rica, he lived just over a mile away from me on a tiny island in a small home that backed up to a canal system that led to the Detroit River and out to Lake St. Claire.

After a few back-and-forths, Randy and I had a date set for me to go look at his boat.

It took me under 5 minutes to get to the little bridge that took me to his house.

Randy greeted me with some curiosity while he put the kayak into the water so that I could try it out. After a few moments of watching me awkwardly get in and try to push away from the bank, he quietly put another kayak into the water and joined me. Instead of a quick test drive, he slowly led me through the maze of canals and out into the river and then finally to the lake—the lake that I was drawn to so.

That first adventure on the water together led to many more adventures together—at first, it was kayaking anytime I wanted as we both agreed it didn’t make sense for me to buy a boat I had nowhere to store. We met often at dawn to paddle out to the lake to see the sun come up. I was happy when I was around him. All my drama melted away and life felt simple. A few years into our friendship and all of a sudden we were also getting together for parties, dancing, dinner and drinks. After flying solo to Australia, Vietnam and Savanah to visit him on his travels we decided that we liked each other enough to team up—so we moved to Colorado, got married, had kids, developed fine lines and wrinkles, and landed solidly in middle age.

And over the years we’ve been mostly intentional—deciding where our kids go to school, which church we attend and the types of groceries we buy.

We care how we spend our time—Randy’s often outside throwing balls with the kids regardless of the weather, and any chance we get we pack up our camper and mountain bikes and disappear from our neighborhood for a few days.

Randy’s minimalist approach to spending has also rubbed off on me—I’m no longer drinking the kool-aid that I used to promote in my early advertising days. I’ve completely bought into the less, but better philosophy and lifestyle.

These are aspects of life that matter most to us, and it feels good to be on the same page.

Yet I realize that there’s one area we've missed.

We’ve both been guilty of taking the other for granted.

And we’ve never vocalized our intention on how we want to stay in love and continue to find new ways to love one another.

This topic hasn’t come up at the diner table.

Like any couple, life has been 50/50 for us—we’ve had laughter and tears and connection and criticism.

I see now that over the years we've loved in ways that are both heavy and light.

And I can’t help but wonder if we got intentional about our relationship, how good could it get?

So the other day I brought this up to Randy—I told him that I wanted to get really curious about us and our potential as a unit. With a pen and paper in hand, I asked him what’s most important to you when you think about your relationship with me? And when are you most attracted to me? And do you want to have more fun together?

This is more my idea than his—but he’s in.

So we decided to do a 90-day experiment. We’re letting go of our relationship clutter—no more purposely misinterpreting things, no more unspoken expectations and no more playing the martyr. We’re letting go of the thoughts that we should be able to read each other’s minds, that I’m too much for him or that he’s not enough for me. And instead, we’re embracing our potential—and the endless possibilities in front of us.

Is this really necessary?

No—but I want to love him more than I ever have before. And I want him to love me more than he ever has before. So actually, yes, now that I’ve thought this through, it feels like it’s one of the things that may matter most.

Afterward, if we want, we can fall back into our former ways—but my hope is that loving light becomes our new default.

For now, we’re creating intentional space to grow together into this next phase of life. We’ve experienced some wear and tear over the years—but I believe we’re never too old to Iive lives that are mostly light and free.