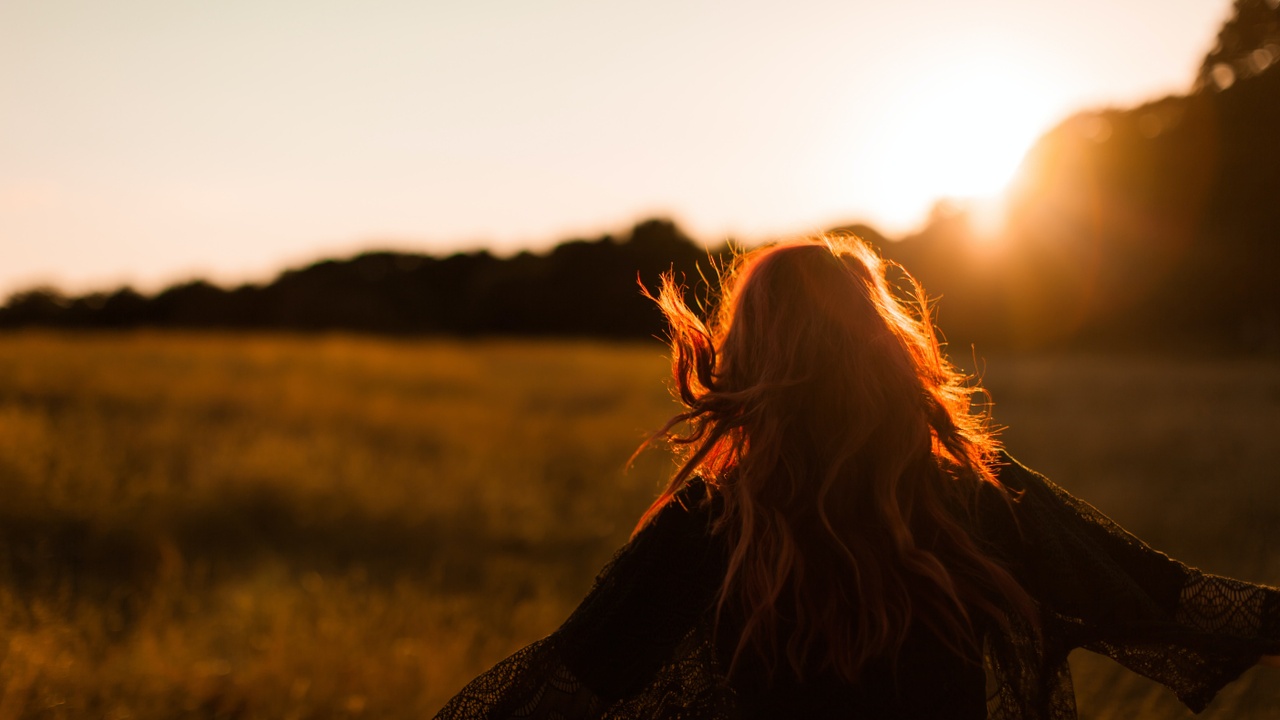 I did something really nice last week. Something simple, but out of the ordinary. My husband Randy is in the home renovation business. Whether it’s a bathroom, a kitchen, a load-bearing fireplace wall—he makes spaces beautiful. He’s an artist and his work is impeccable.

On that particular day last week, Randy entered the house looking like he had aged 20 years, worn out and beat. He’s a very strong lean 46-year-old man but at that moment all I saw was pure exhaustion and defeat.

He came into the kitchen where I was making the family dinner and slowly began to take his lunch containers out of the cooler and place them into the sink. It was clear he was in pain. While I dished out our meal he mentioned wrenching his back while sanding floors earlier in the day. In the next breath, he asked me to help him finish the job the next day.

It felt like time slowed down and every excuse ran through my head in the space between his ask and my answer.

Maybe his back wasn’t really hurt and just sore?

Maybe he didn’t truly need me?

Whose wood floors were these anyway?

I'd already scheduled a jam-packed day with essays to write, social media Lives to do, wellness courses to create and Facebook advertising to figure out. So I surprised both myself and Randy when sure! escaped from my lips. He quickly said awesome and thank you.

Every relationship seems simple at its start and ours was no different. We both liked to be active. We had a lot of fun finding adventure. Life seemed easy. It was just us, and we were able to give each other a lot of attention.

And then life got complicated. We moved across the country, got married, and had 2 kids—Cole and Will Riley less than 18 months apart. I went to work every day to a corporate job that was mostly unfulfilling. I felt guilty if I went to an evening yoga class and missed bedtime reading. Our boys were waking us up at all hours of the night. It seemed like one of us was always grumpy. And it felt like neither one of us was appreciative of the other and we were just trying to get through life.

During this time I thought Randy should just know what would make me happy and then do those things. Like he seemed to be able to do at the beginning of our relationship.

This didn’t serve me very well. I wanted my husband to be a mind-reader and he wasn’t.

I started thinking about my thoughts and whether or not they were doing me any good. I had an epiphany and realized that I’d been overcomplicating things. My happiness was my responsibly and no one else's. I also realized that it wasn’t selfish of me to put myself first. In doing so, I’d actually be a better support system to those I loved.

It seems like a no-brainer now. Take care of yourself and you’ll have more energy to take care of others, meaning you’ll do more nice things.

This simple truth freed me to be more vocal in what I want—like on this past Mother’s Day. No more waiting for Randy to surprise me because I had already taken the reigns and decided what I wanted to do—church, a family hike, and a meal at my favorite restaurant. It was a home run kind of day.

On an early morning walk a few weeks back, a friend of mine vented to me about her husband. She had a bad birthday. Her husband hadn’t planned anything special for them to do and this had hurt her feelings. This was 6 months after having a bad Mother’s Day and blaming her husband for that outcome, too. She gripped that each year she plans extravagant celebrations for each family member and that her husband should have known that it was important to her that he plan something. She felt gypped.

I asked her if she had planned anything for herself. She shook her head and said that she'd been waiting for him to do it. I asked her what would have made her feel special on those days. She paused and then replied that she had no idea. I then asked her if she didn’t know, how could her husband know? And did he even know that she had tasked him with this responsibility?

We put a lot of unspoken expectations on our significant others and I don’t think it’s fair. In fact, it feels a lot like mental clutter to me.

When we don’t take ownership of our own happiness and blame the lack of it on a significant other, it can appear that this elusive feeling can more easily be found in a new relationship.

The saying the grass is greener on the other side depicts this well. But appearances can be deceiving and usually the grass is greener where you water it—whether that’s putting more attention on your existing relationship or deciding to shower yourself with more intentional love and self-care.

The day after Randy came home looking so spent, I bent over a loud heavy sander moving it back and forth across multiple rooms of floors in a house that was not mine, for hours. My work wasn’t complicated but because of Randy’s appreciation, I felt like a superhero. Completely covered in sawdust and drenched in sweat this simple act of service was definitely out of the ordinary for me. But I took it on with gusto. I didn’t have to stare at my computer all day and I got to rock a ventilator, safety glasses, knee pads, and headphones. And I got in a workout! Randy spent the day smiling and looked like himself again. My heart was happy.